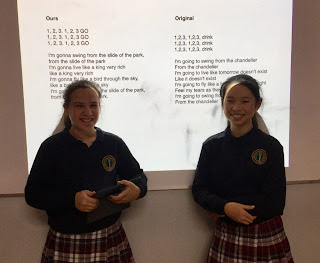 Music is very important for everybody, but it is gaining ground among teenagers day-to-day since they use it for almost everything like dancing, taking a shower or even for studying.

Last November, 1st Year Secondary students went to see an English play called Ghosts in Love which immediately called their attention as it involved that catchy component we are talking about, music. The play involved cover versions of several current songs they all were familiar with, like Happy by Pharrell Williams or Sorry by Justin Bieber. They really enjoyed it and some of them even took part in it, dancing or acting when those songs were played. It was hilarious. 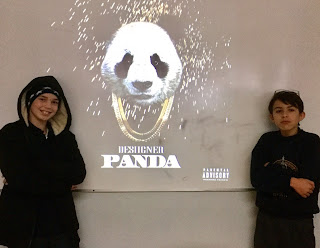 When we came back to School we started working on what we had just seen, so we proposed comparing the lyrics of the cover versions we had heard with the original ones. They learnt about rhymes through an interesting activity and then they made their own versions taking their favourite song.

It was difficult at the beginning to find rhymes at the same time they were writing a song which made some sense but once they took the hang of it they created amazing versions. And the best was yet to come, the bravest students had to present their creations in front of the toughest audience, their classmates! We had so much fun! 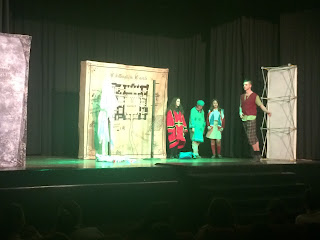