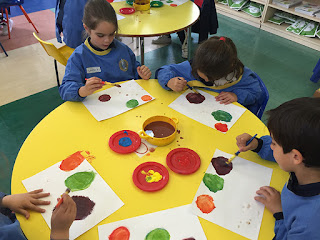 This spring, one day we made a wonderful mess mixing colours, using the three basic colours red, blue and yellow. As our intention was mixing them on our sheets, not on the plates, we had to clean the paintbrushes constantly.

The water on the table served this purpose and we cleaned the paintbrushes after the use of every single colour. Once we had finished making three new colours, purple, orange and green, we let our creativity run wild and painted whatever idea our artistic brain was developing.

Once we had finished, the papers were soaking wet, our hands looked like the ones of professional painters and the tables showed the result of what had been a fun painting lesson! 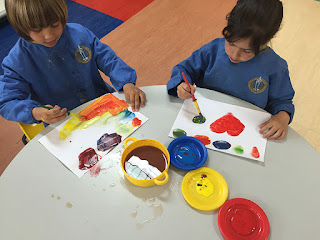 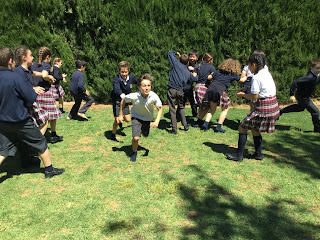 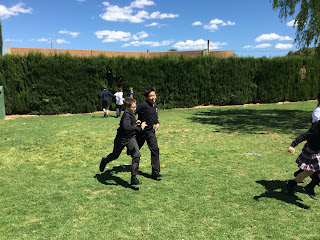 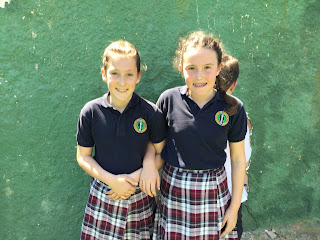 Some weeks ago, our teacher Mr García asked us if we wanted to have a presentation and a class about life in the United States, and we accepted without doubting.

So finally, Elena Merino, the lady that was going to teach us something about the US lifestyle came and explained to us that she had lived there for approximately four years, from 2003 to 2006, and she had stayed in West Virginia, so she told us about the state, its nature, peoples, hobbies, food and many more things. 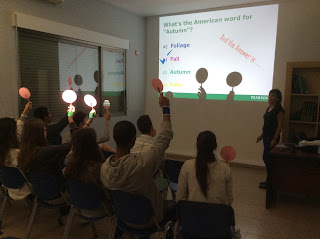 At the beginning, she asked if we could locate West Virginia in the US map, and we couldn’t… Then she showed us the flag of the state and the reasons for its symbols, so she talked about the symbols and the main economic activities of West Virginia. Later, she spoke about the different seasons and nature in the state, and the main sports they like to practice there (American football).

Finally, she showed us a great variety of typical foods they have, and we got surprised, because the people from West Virginia are the fattest in the United States.

In conclusion, I would say that it was a very interesting activity in which we could learn many things about different lifestyles and practice our English. 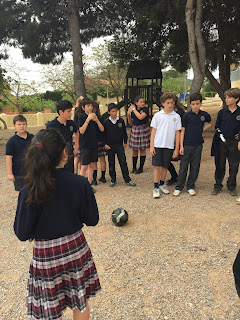 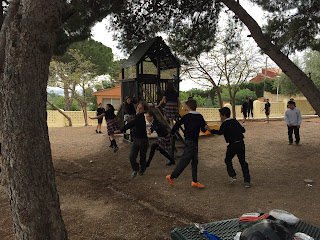 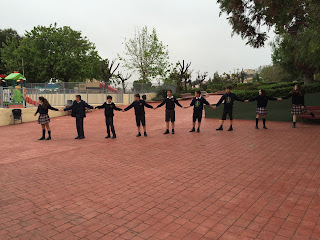 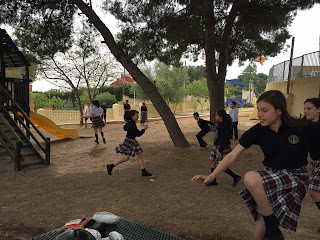 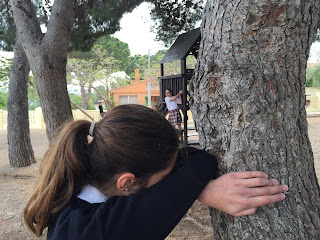 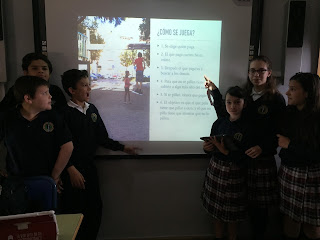 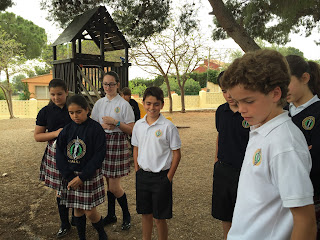 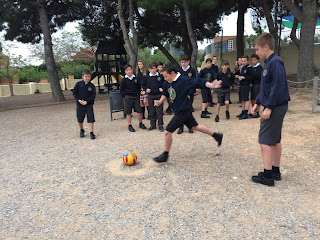 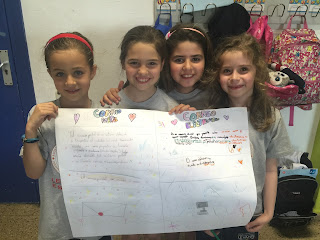 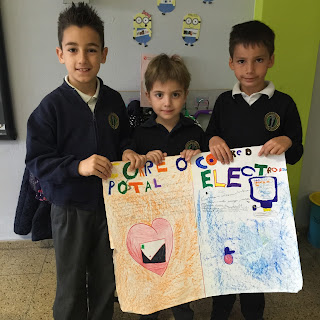 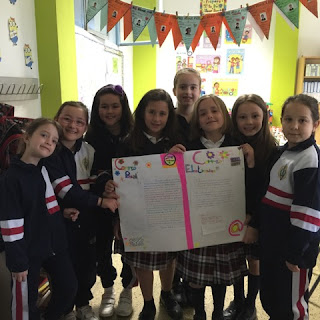 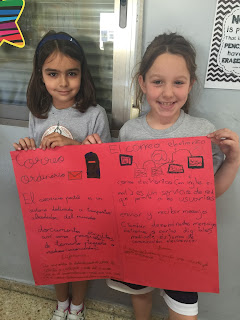 My home is my castle 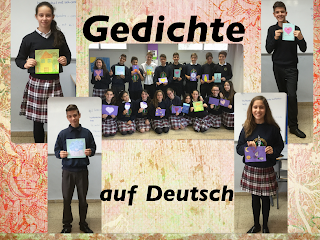 Writing poems in German? In the second year? Is that possible? It is! Our 2nd Year Secondary students have written some wonderful poems about their homes. The question was: What does ‘home’ mean to you? Not only did they write about the rooms, furniture, the family and things they do at home, but also about their feelings. They also found their own personal way of presenting their work. One of the most beautiful ideas was to see the feelings of fear and sadness disappearing through the chimney, while love and happiness stayed inside. 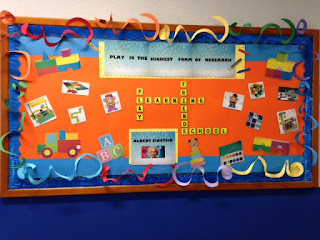 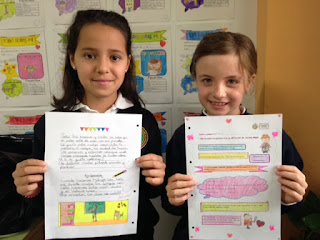 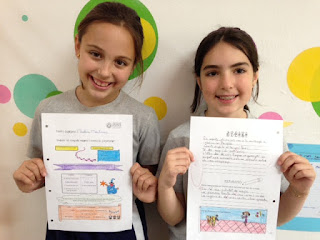 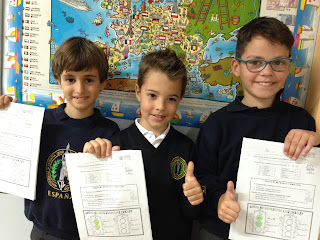 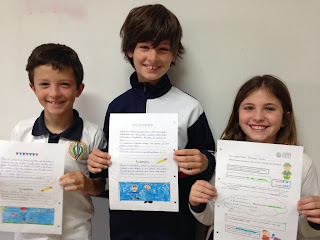 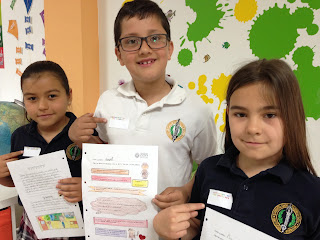 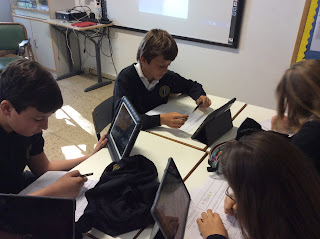 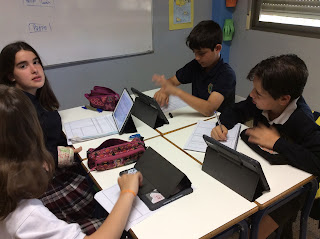 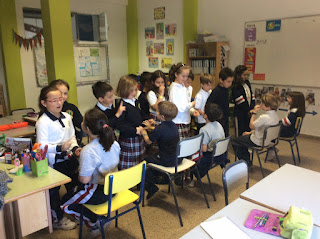 As we are doing food in English at the moment, we are having fun doing various role plays. Before starting, the teacher models a story, ordering food from a student, and making a fuss over a dirty fork or a cold soup. Then, a group of three or four children work together, and first decide who is who in the "family". They then go to a restaurant and order their food, inventing problems for the waiter to solve.

We are also doing a similar role play on the same theme, going to the supermarket and filling a trolley. Just as children do in supermarkets in real life, the children in the role plays are very demanding, wanting this, wanting that, demanding everything, particularly unhealthy things! 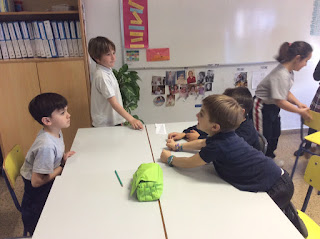