Learning the parts of the human body

In English and in Social Science, 1st Year Primary students had learned the parts of the human body, but in English we have been able to review them all together as a team. 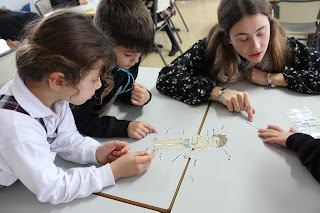 Using different students as models, first they made the shape of a person on a card, including all the details, such as the toes. Moreover, one by one, each student wrote the parts of the body. 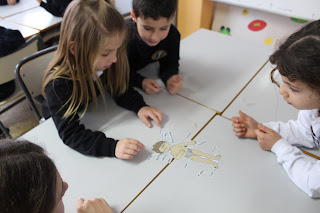 This was a fun way to review and secure their learning in a cooperative way, involving them in their own learning.